I assume most people are familiar with Wayne Dyer and his often told Scurvy Elephant Story. Many of the Media outlets reporting on Dyer’s death mentioned this and  what was said as  his family’s response posted on Facebook: ..” Our hearts are broken, but we smile to think of how much our scurvy elephant will enjoy the other side.” Many times in his interviews, Dyer related this first person story from his childhood past and specifically referred to himself as a ‘the scurvy elephant’.

Wayne Dyer told this story many times. Paraphrased below:

Dyer further goes on in this interview to explain:

… disturbing element or scurvy elephant, that’s the term that I have used as long as I can remember, that’s an old Wayne story, that’s even told about me. Is that there are some people who have a sense of who they are and what they are going to be. They really are very early in their life, independent of the good opinion of other people. I was one of these people. I grew up really having a knowing inside of me about how to do certain kind of things and how I was going to live my life. And how to make money , even as a little boy in an orphanage. And how to make things happen. And how not to be worried about what everybody else thinks of you. I came in with that. I just seem to have a knowing about that. The stories I can remember of myself, being back there in those earliest days of my life… It was really about me being able to prove that I could attract abundance in my life….

The important things for me early in my career, even into my 30s and 40s were how many books was I selling, and was I on the Best Seller’s List, and how much money was I making. And not only did you get on The Tonight Show, but how many times…..

So, Wayne Dyer claims the scurvy elephant , disturbing element means someone who is independent, a non- conformist, a rebel. Someone who neither seeks nor needs the good opinion of others. His message seems resonate and echo with many of his  followers. But, is it the truth that  this actually happened to Dyer in third grade. Or perhaps……

The Scurvy Elephant story was a popular and common anecdote used by teachers to parents during Dyer’s childhood and long before. Carmela Malerba reports in the Catholic Star Herald that first grade teacher Sister Virginia Cleary used it to express quite a different message than Dyer: “Basically it said that she would believe half of what the children told her if we would believe half of what they told us. I used that story myself in many back to school nights, and it always got the parents to think before acting.”  Dr. Bernie Siegel used this story in his 2006 book, “Love, Magic and Mudpies: Raising Your Kids to Feel Loved, Be Kind, and Make a Difference” pg 34 to demonstrate the need for open communications directly between parents and teachers, not distorted by what children thought they heard.

Remarkably, the earliest reference of this Scurvy Elephant actually  dates back to The Dental Scrap Book , 1909 published Newark, NJ. pg 23:

So now we see that this story was around long before Wayne Dyer, used by teachers to open direct communications with parents and not wholly accept at face value what an eight year old hears or thinks he hears. This lesson may also apply to adults, to listen carefully, not mishear or misquote something and jumped to a wrong conclusion. People sometimes  have constructed whole alternative explanations for things and incorporated them into their reality, only to learn much later that they heard it wrong, and the misconception has collapsed.

Another interesting point is Dyer’s claiming of this story as happening to him. It’s his story but now told in his fashion, subtly changing the message to mean that’s it’s okay to be a disturbing element. In fact, it’s down right noble and honorable! Instead, of being a ‘disturbing element’ , someone who by his  actions disturbs the class and others from the benefit of learning and the teacher’s intentions of instruction. Who inappropriately and selfishly waste the class and teachers’ energy and time. Who may be suffering from social or personality disorders. A Scurvy Elephant is now a rebel, a non-conformist, a person who sees and says things differently and doesn’t have to listen to the good opinion of others. Dyer’s followers  eat this up. Finally someone verbalizes and condones their self worth. They can’t see that it’s all Dyer’s physiological sleigh of hand.

But, did Dyer really come up with his version or did he actually incorporate( plagiarize) it as usual from someone else. In 1988, Ted Willey may have been the first to tell this story in a different( Dyer) fashion,  namely people who ‘recognize’ who they are and do not need  the approval of others. From the Power of Choice by Ted Willey, written 1988, page 143

We need more scurvy elephants in the world. We need more people who recognize that “they are” and that they do not need the approval of others to be. Scurvy elephants are doers. They are the small percentage of the population that play Life from cause, who feel good about themselves, and who see themselves as capable of defining who they are instead of letting others do it for them.

Would The Real Scurvy Elephant Please Stand Up?

But, can Dyer really be blamed for incorporating( plagiarizing) or claiming this story as his own? Perhaps he was only using ‘artistic license’ to persuade people to accept his story and profitable (for him) ‘teachings’. This begs an important question: How are we, mere mortals to tell which Dyers’ stories are real and which ones are not? Is the incredulous story of his having Leukemia and his further claims of being completely cured remotely by pseudo/faith healer John of God,  even remotely true? Or is that more of ‘artistic license’.

I am astonished that with all Wayne Dyer’s lifetime of material about pseudo science and out right quackery, with his blatant use of misdirection, misquoting of sources and confusion of ideas, one can find so little really skeptical investigations or critiques. Perhaps the reason is, the evidence is so preposterous and so overwhelmingly abundant that those skeptical don’t really know where to begin! 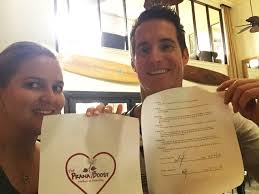 ← Wayne Dyer’s Miracle Wrist Watch
Where Do Faith Healers Go When They Are Sick? →

35 thoughts on “Wayne Dyer and The Real Scurvy Elephant”